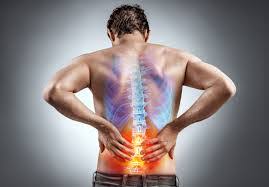 Spinal diseases are a set of conditions that involve a loss of normal structure and function of spine. In view of the fact that the spine is so centrally connected to all other parts of the body, a problem with the spine can produce different type of symptoms and affect a patient’s ability to function on a variety of levels.

Issues To The Spine May Occur In Any Of The Following Ways:

The Most Common Spine Problems

The pains in your back and neck may be the outcome of most of the common spinal conditions. Certainly, the list isn’t exhaustive, but it definitely does represents some of the most recurring reasons for visits to primary care physicians, and eventually, to an Orthopaedician.

The major symptoms of spinal problems are intense and long lasting pain, limited motion, weakness and sensory loss. If spinal degeneration leads to compression or damage of the spinal cord, weakness and limited motion may raise significantly. Loss of bowel and bladder function and problems with sexual function also may occur as the problem worsens. The specific symptoms often depend on the site of the structural problem in the spine.